After being commanded by Allah: "Go to Pharaoh, for indeed he has transgressed" [Quran 20:24], Musa (peace be upon him) understood the enormity of this mission and knew of the difficulties he would encounter based on his past relationship with Pharaoh. On realising his own inability and acknowledging his anxiety and trepidation, he turned in complete humility and submission to his Lord and called out: "My Lord! Uplift my heart for me, facilitate ease for me in my affairs, and remove the impediment from my tongue so that they may understand my words." [Quran 20:25-28].

The twelfth-century theologian and philosopher, Imam Fakhr al-Din al-Razi (d. 1210) provides a stellar parable elucidating the true meaning of this invocation in his philosophical commentary of the Holy Qur'an entitled "The Great Exegesis - The Keys of The Unseen". He mentions:

Know that the body in its completeness is like a kingdom where the chest is a fortress, the mind a palace, the heart a throne, the soul a king and the intellect a consult. The controlled desires are like ministers which bring benefit to the city and anger is like the police force which are concerned with correcting affairs while the senses are like scouts in the kingdom. Thus, each faculty of the body has a specific role in the kingdom of the body. Then, the devil lays a claim to this city through a military offensive, in order to control its throne and oust its king.

This ensuing battle takes place between the two armies; the soul defending his kingdom and the devil invading it. Your heart is the throne while your chest is the fortress.

For this fortress are trenches of asceticism and fences of longing for the hereafter and the love of Allah. So if the trenches and fences are strong, then the army of the devil and his battalions will fail in their advances and they will leave the fortress unharmed. However, if the trenches of asceticism are not deep and the fences are weak, then the army will overpower the defences and take control of the fortress: they will enter the kingdom and the soldiers of the devil of lust, pride and miserliness will seek to control the city. The soul will remain restricted in its palace of the mind and affairs will become extremely difficult.

When the divine ability arrives, these soldiers are driven out of the fortress and affairs are made easy and the heart is uplifted. The darkness of the devil and his soldiers has been expelled by the guiding lights of the Lord of the worlds. This is the meaning of the prayer, 'My Lord! Uplift my heart for me'.

Get the latest posts delivered right to your inbox 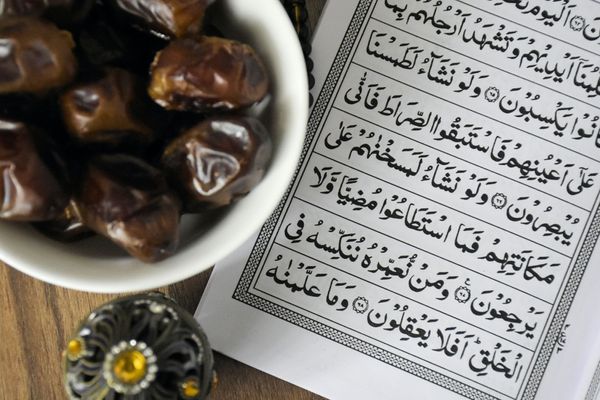 With the devils chained away, their assault on the kingdom of the soul is put on hold. The transcendental effects of fasting on our metaphysical anatomy allows our spirituality to come forth; the soul is restored as the rightful sovereign - order is restored across the kingdom.

Stay up to date! Get all the latest & greatest posts delivered straight to your inbox